The suggested intake, based on World Health Organisation guidance, can lower the risk of serious health problems such as heart disease, stroke, type 2 diabetes and obesity, according to NHS Choices.

The researchers from University College London (UCL) examined the eating habits of 65,000 people in England between 2001 and 2013. They found that seven or more helpings a day can reduce a person's overall risk of death by 42% when compared to people who manage just one whole portion every day.

The study, published in the Journal of Epidemiology and Community Health, showed that fresh vegetables had the strongest protective effect, followed by salad and then fruit. The authors also found that canned and frozen fruit appeared to increase the risk of death, instead of decrease it. And no significant benefit of fruit juice was noted.

The authors said the findings lend support to the Australian government's advice of "two plus five" a day - encouraging people to eat two helpings of fruit and five portions of vegetables.

"We all know that eating fruit and vegetables is healthy, but the size of the effect is staggering," said lead author Dr Oyinlola Oyebode of UCL's Department of Epidemiology and Public Health.

"The clear message here is that the more fruit and vegetables you eat, the less likely you are to die at any age. Vegetables have a larger effect than fruit, but fruit still makes a real difference. If you're happy to snack on carrots or other vegetables, then that is a great choice but if you fancy something sweeter, a banana or any fruit will also do you good.

"Our study shows that people following Australia's 'Go for 2 + 5' advice will reap huge health benefits. "However, people shouldn't feel daunted by a big target like seven. Whatever your starting point, it is always worth eating more fruit and vegetables. In our study even those eating one to three portions had a significantly lower risk than those eating less than one."

"The negative health impacts of the sugar may well outweigh any benefits. Another possibility is that there are confounding factors that we could not control for, such as poor access to fresh groceries among people who have pre-existing health conditions, hectic lifestyles or who live in deprived areas."

The authors also suggest that it may be time for the NHS to review its guidance on tinned fruit and fruit juice. The experts, from the University of Liverpool, wrote: "There are major implications for official National Health Service (NHS) guidance. This guidance currently suggests that dried, tinned or canned fruit, smoothies and up to 150ml of fruit juice, all legitimately count towards the '5 a day', while also silently delivering large amounts of refined sugar."

They added: "The UK '5 a day' campaign offers a target which is pragmatic, but one which might provide a false reassurance and risk complacency in the quarter of the population that already hits this target. They need to aim higher. "Is it perhaps now time for the UK to update the '5 a day' message to '10 a day'?"

But some have questioned the findings of the research, saying that other dietary factors were not taken into account and those who eat large amounts of fruit and vegetables are likely to have a healthy diet in general.

Others also raised concerns about the finding on tinned and frozen fruit, saying that in the survey researchers were not able to distinguish between the two.

Dr Gunter Kuhnle, food scientist from the University of Reading, said: "The researchers were not able to distinguish between the two in their survey, making it impossible to make a distinction in later analysis. It's possible that eating tinned fruits are an indicator of high sugar intake, but it might also be a marker of poverty or lower socio-economic class, as there is no data, it's simply not possible to speculate."

"The Government recommends consuming at least five portions of a variety of fruit and vegetables a day. However, we still have a long way to go to achieve this as around two thirds of adults aren't meeting the '5 A Day' recommendation.

"PHE is committed to encouraging increased consumption of a range of fruit and vegetables and promoting the associated health benefits through its flagship Change4Life campaign."

Link to BBC new item on this topic 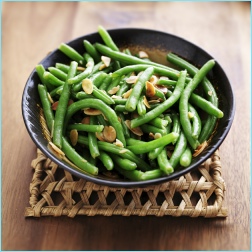 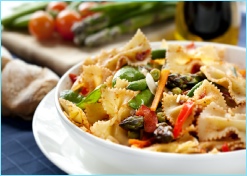