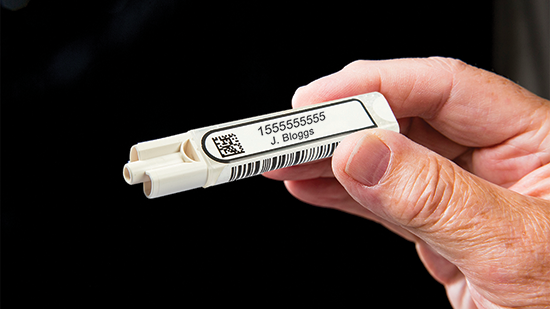 In September 2018, Greater Glasgow and Clyde introduced the Quantitative Faecal Immunochemical Test (qFIT) as part of the investigation pathway for patients with symptomatic bowel disease. FIT is a quantitative immunochemical test specific for human globin released from lysed or broken down red cells. This means it is not affected by UGI pathology (as the globin protein is broken down and digested before it gets to the colon), diet and medication. Because the test relies on partial breakdown of the red bloods cells to release the globin protein, the test may be negative with intermittent benign anorectal bleeding where blood cells released are ‘whole’.

qFIT is the same test as the FIT test that is currently used in bowel screening. However, qFIT will be used in symptomatic patients. It is expected that GPs will use it for most patients with symptomatic bowel disease prior to referral to secondary practice.

The test gives a quantitative result for the amount of blood in the stool. When used for bowel screening  in Scotland, anybody with a value of 80 or higher is viewed as being positive. These patients are invited to undergo a screening colonoscopy. However, the threshold for a positive result in symptomatic patients is 10 or higher. Higher values are of greater significance and and mean that there is a greater chance that there is a serious underlying problem such as a significant polyp or a cancer.

The test is easier to use compared to the old guaiac-based FOB test. It requires a single sample of stool which is collected using a bespoke collection device known as a “picker”. The picker should be returned to your GP practice within seven days of taking the sample.

How sensitive is qFIT?

The test has a better Negative Predictive Value compared to colonoscopy when the aim is to exclude significant colorectal pathology (Adenomas > 1cm, Inflammatory Bowel Disease and Cancer):

Negative Predictive value for any significant pathology is approx. 94%

As a consequence, NICE are not yet recommending qFIT for use in rectal bleeding but this advice may change.  If symptoms persist and the result is negative, at the very least patients should be considered for an assessment of the lower rectum with a sigmoidoscopy, although a colonoscopy may not be required.  The qFIT is not necessarily helpful in patients with Iron Deficiency Anaemia as such patients will still need an upper GI endoscopy at the very least, even if they have a negative qFIT.

Experience from the pilot studies (which included patients form Dundee) suggest that the uptake of qFIT in primary care was rapid. In the first three years after its introduction, almost all patients who were referred to the colorectal service with bowel problems had a  qFIT performed by their GP. It is felt that the test will lead to a reduction in the need for colonoscopy and may also lead to a fall in the number of new referrals to gastroenterology and surgical clinics. It is therefore expected that qFIT offers the possibility of rapid and sensitive assessment of patients presenting with bowel symptoms. A negative result, in the absence of other symptoms or signs means that GPs can reassure patients without necessarily referring them to secondary care.