Symptoms, diagnosis and treatment of polyps in the bowel

What is a bowel (colonic) polyp?

Most bowel polyps develop in the part of the colon called the descending colon. The diagram shows a common site for a polyp to develop, but they can occur anywhere in the colon or rectum.

What is meant by the Gut?

The colon and back passage (rectum) are parts of the gut (gastrointestinal tract). The gut starts at the mouth and ends at the anus. When we eat or drink, the food and liquid travel down the gullet (oesophagus) into the stomach. The stomach churns up the food and then passes it into the small intestine.

The small intestine (sometimes called the small bowel) is several metres long and is where food is digested and absorbed. Undigested food, water and waste products are then passed into the large intestine (sometimes called the large bowel). The main part of the large intestine is called the colon, which is about 150 cm long. This is split into four sections, the ascending, transverse, descending and sigmoid colon. Some water and salts are absorbed into the body from the colon. The colon leads into the rectum which is about 15 cm long. The rectum stores stools (faeces) before they are passed out from the anus.

Are there different types of bowel (colonic) polyp?

These are common. They are small - usually less than half a centimetre in diameter. They are generally regarded as harmless, perhaps very rarely developing into a cancer.

These too are common. Most are small, usually less than a centimetre in diameter, but sometimes they are bigger. There is a small risk that an adenoma may, in time, become cancerous. If one does turn cancerous, the change usually takes place after a number of years. Most bowel cancers (colorectal cancers) develop from a polyp that has been present for 5-15 years. (In other words, although most adenomas do not become cancerous, the vast majority of cancers in the bowel initially develop from an adenoma that has been present for a number of years.)

It is difficult to be certain of the exact risk of developing cancer from an adenoma. One study suggested that for a single 1 cm adenoma, the risk of it turning cancerous was about 1 in 12 after 10 years, and about a 1 in 4 after 20 years. However, risk seems to vary depending on factors such as the size of the adenoma, and its exact subtype. Some subtypes are more prone to develop into bowel cancer than others.

Polyposis syndromes are a group of hereditary conditions. They include: familial adenomatous polyposis (FAP), hereditary nonpolyposis colorectal cancer (HNPCC)/Lynch's syndrome, Gardner's syndrome, Turcot's syndrome, Peutz-Jeghers syndrome, Cowden's disease, familial juvenile polyposis, and hyperplastic polyposis. These are rare syndromes, occur in young people, and often cause multiple colonic polyps that have a high chance of developing into bowel cancer. Polyposis syndromes are a rarer cause for colonic polyps and will are not discussed further on this page.

Who gets bowel (colonic) polyps and what causes them?

Most bowel polyps develop in older people. About 1 in 4 people over the age of 50 develop at least one colonic polyp. So, they are very common. The cause is not clear. The polyp is like a local fleshy overgrowth of tissue that lines the bowel. What causes this overgrowth to happen is not clear.

What are the symptoms of bowel (colonic) polyps in older people?

Most people with one or more bowel polyps do not have any symptoms. So, most affected people will never know that they have a bowel polyp. Occasionally, symptoms may occur. These include: bleeding from the anus, mucus mixed in with stools (faeces), and, rarely, diarrhoea or constipation.

How are bowel (colonic) polyps diagnosed?

Most bowel polyps are diagnosed by this procedure. Colonoscopy is a test where an operator (a doctor or nurse) looks into your colon. A colonoscope is a thin, flexible, telescope. It is about as thick as a little finger. It is passed through the anus and into the colon. It can be pushed all the way round the colon as far as the caecum (where the small and large intestine meet). The colonoscope contains fibre-optic channels which allow light to shine down so the operator can see inside your colon. See separate leaflet called Colonoscopy for more details.

Sometimes a bowel polyp is diagnosed by other tests such as a barium enema (a special X-ray test of the bowel) or sigmoidoscopy (like colonoscopy, but using a shorter telescope).

Why would a colonoscopy or other tests be done?

As mentioned, most bowel polyps do not cause symptoms. So, most people with bowel polyps will not be diagnosed. The tests mentioned above may be done if you have symptoms that indicate a bowel problem, or for various other reasons. For example, if you are found to have blood in your stools (faeces) following a routine screening test which is now offered to older people.

How are bowel (colonic) polyps treated?

If you are diagnosed with a bowel polyp, you will usually be advised to have it removed, even if it is causing no symptoms. This is to prevent the (small) risk of it developing into a cancer at some point in the future.

Most bowel polyps can be removed during a colonoscopy by performing a polypectomy (described earlier). The colonoscope has a side channel down which grabbing devices can pass. These can be manipulated by the operator. The operator can therefore see and also remove a polyp during a colonoscopy. It is usually painless to have a polyp removed. Once removed, the polyp is sent to the laboratory to be looked at under a microscope. This is done to check that it has been completely removed, to check the type of the polyp, and whether it is non-cancerous (benign) or showing signs of cancerous change. Most will show full removal and be totally benign.

Your doctor will advise on the need for follow-up. This may depend on factors such as the size of the polyp, the exact subtype and laboratory report, and your age. Once these factors are considered, some people are advised to have a routine colonoscopy at some point in the future.

Is it possible to undergo investigation and treatment for bowel polyps 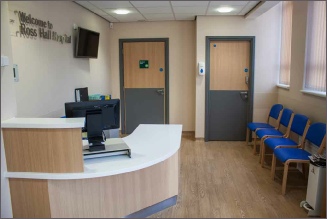 at the Glasgow Colorectal Centre?

Glasgow Colorectal Centre surgeons, Richard Molloy and Graham MacKay are colorectal surgeons who specialise in diagnosing and treating bowel polyps and bowel cancer. The Centre is based at BMI Ross Hall hospital which has state of the art Endoscopy suite with the latest high definition Pentax colonoscopes, modern up to date CT and MR scanners, a fully equipped theatre and high dependency and intensive care unit. They are experienced in colonoscopy, both to diagnose and treat colonic polyps. 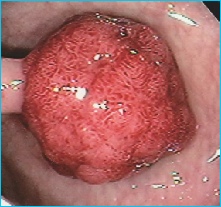 Bowel (colonic) polyps are small non-cancerous (benign) growths on the inside lining of the colon or back passage (rectum). They are common in older people. They usually cause no symptoms or problems. However, if a polyp is found, it is usually removed. This is because there is a small risk of a bowel polyp developing into a bowel cancer after several years.

If you have any further questions about bowel -colon polyps or other colorectal issues, your own GP is often the best first port of call.

If appropriate, they will be able to arrange a referral to a colorectal specialist centre such as the Glasgow Colorectal Centre.