Richard Molloy qualified from the University College Cork, Ireland in 1986. He commenced his training at Cork University Hospital prior to travelling to Boston to work in surgical research at Harvard University and the Brigham & Women’s hospital. He was awarded an MD for this research.

He subsequently trained in Glasgow and Edinburgh before travelling again to the United Sates to work as a Clinical Fellow  in the Dept. of Colorectal Surgery at the Cleveland Clinic, Cleveland Ohio,  before taking up his current NHS post in Gartnavel General and the Western Infirmary, Glasgow.

He has published widely on colorectal, general and hernia surgery. He has co-authored/edited 2 major surgical textbooks on Colorectal and General surgery. Over the last 15 years, he has developed particular expertise in laparoscopic colorectal  and laparoscopic hernia surgery and trains other doctors in laparoscopic colorectal surgery within the NHS in Glasgow and also at  the Cushieri Skills Centre in Ninewells hospital, Dundee, the Newcastle Surgical Training Centre, Freeman hospital, Newcastle and the European Surgical Institute in Noderstedt, Germany.

He is a former lead clinician for the West of Scotland Managed Clinical Network for Colorectal Cancer and has taken a lead role in the development of national guidelines in the assessment and treatment of patients with bowel cancer.

He has an additional interest in hernia surgery and provides a comprehensive open and laparoscopic/keyhole surgery service to manage all abdominal hernias. 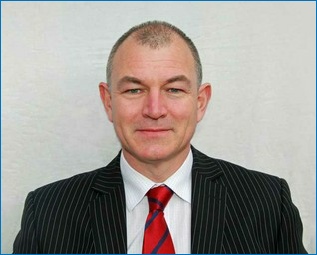